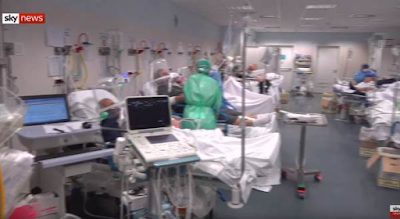 This is footage from SKY News on March 22 from Italy.

CBS News painted a dire picture from New York City this week in their coronavirus coverage.
On Wednesday morning CBS aired this footage from a New York hospital.
The footage matches SKY News video from inside an Italian hospital from Sunday March 22.