California fire authorities listed 82 active fires burning across the state, with the worst devastation in the Wine Country, where nine major fires have burnt over 84,000 acres, causing at least 15 deaths and leaving 240 residents missing.

The Wine Country may catch a break this week as clouds roll in. Temperatures are expected to fall from a high of 82 degrees Fahrenheit on Tuesday to a high of 77 degrees — and an almost record nighttime low of 38 degrees — on Wednesday.
The Diablo winds that gusted to over 68 miles-per-hour on Monday and funneled down mountain passes and canyons have subsided. Tuesday saw 12 miles-per-hour average winds, with gusts of 22 miles an hour. The cooling trend is expected to last through Saturday. After that, temperatures will spike to a high of 84 on Sunday, according to AccuWeather.
Only one Wine Country fire was contained by 5:00 pm PDT Tuesday. But firefighters contracted to bring in their ultimate weapon Tuesday afternoon — the world’s only 747-400 Supertanker (Tail number 944) — swept in to dump 19,600 gallons of fire retardant on each pass. Cal Fire has contracted the plane, to be based out of McClellan Air Force Base near Sacramento, for at least the next 10 months.
It is believed that at least 20 of the region’s 650 wineries have been severely damaged or destroyed. Federal, state and local fire authorities have put 2,500 professional firefighters on the Wine Country fires. It is believed that at least another 500 volunteer firefighters have joined the battle.

The San Jose Mercury News reported that Napa and Sonoma Counties have suffered over 1,000 more wildfires this year than in 2016, with over 225,000 acres burned since January 1. The National Interagency Fire Center 2017 incident count for the Western states’ first nine months of the year was 50,000 fires, which have burned over 8.5 million acres. That is more than double the number in the first three quarters of 2016.

The flames from 17 major blazes have blackened more than 115,000 acres (46,500 hectares) since fires broke out on Sunday amid hot, dry conditions and high winds.

The Sonoma County Sheriff’s Office said 11 of the fatalities were in its jurisdiction, where 155 people were still missing, although 45 others had been found and some of those unaccounted for may be due to confusion surrounding evacuations.

North of San Francisco, the fires reduced houses to ashes in several communities. The city of Santa Rosa was particularly hard hit by the so-called Tubbs Fire, which damaged a Hilton hotel and destroyed a mobile home park.

Tens of thousands of residents were forced to flee, as schools closed and at least two hospitals in Sonoma County were temporarily shuttered.

New evacuations were ordered Tuesday evening as more than a dozen wildfires raged through Northern California.
The death toll has reached 15 and is expected to rise over the next few days. 200 people have been reported missing, of those, 45 have been found. 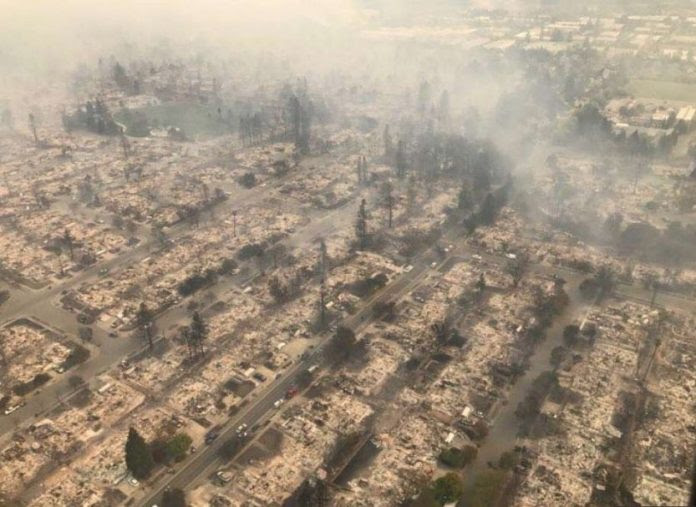 At least 100 people were being treated at Napa- and Sonoma-area hospitals for fire-related injuries.
Wildfires were burning more than 115,000 acres as of Tuesday, according to CNN. 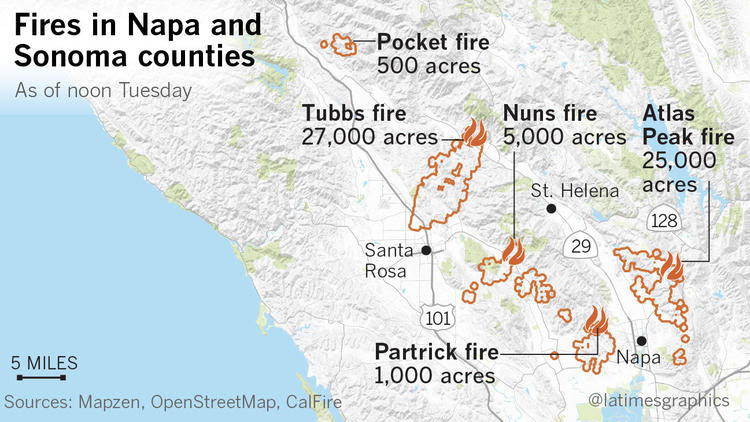 This is very interesting...and very telling...
"Las Vegas shooter's girlfriend placed on TSA watch list, report says"
"The girlfriend of the Las Vegas shooter reportedly was added to a government watch list Wednesday as police continue trying to zero in on a motive for the deadly attack.
Marilou Danley has been designated as a TSA “selectee,” meaning authorities will be notified if she attempts to board flights and she will have to undergo additional screening, federal law enforcement officials told ABC News."

God Bless this precious couple...they died together in the fires. There son said on TV, that his Dad was found just outside the room where his Mom was. The son was grateful they died together, because they wouldnt have survived if one passed and the other didnt.

"Married 75 years: Elderly couple killed in California wildfires grew up in Wisconsin, went to UW"
"NAPA, California -- A family member says an elderly couple that died in a Northern California fire was together since grade school and celebrated their 75th wedding anniversary last year.
Mike Rippey said Tuesday, October 10th his 100-year-old father, Charles, and 98-year-old mother, Sara, grew up in a small town in Wisconsin (reportedly Hartford), and went to college at the University of Wisconsin-Madison together. They were together since grade school."
(Continued)
http://fox6now.com/2017/10/10/married-75-years-elderly-couple-killed-in-california-wildfires-grew-up-in-wisconsin-went-to-uw/