Yesterday, the Wall Street Journal’s Juliet Chung and Anupreeta Das detailed how Nazi collaborator and Far-Left billionaire George Soros has transferred some $18 billion – the bulk of his fortune – to his Open Society Foundations.

Chung and Das report that with this move Open Society has vaulted to the top ranks of philanthropic organizations, appearing to become the second largest in the U.S. by assets after the Bill and Melinda Gates Foundation, based on 2014 figures from the National Philanthropic Trust.

Conservatives should take particular note of the new structure reported by Chung and Das: Soros now shares influence over the firm’s strategy with an investment committee of Open Society. Mr. Soros set up the committee and is its chairman, but it is meant to survive him, people familiar with it said.

After the election, Open Society said it would spend $10 million to fight hate crimes, a problem Soros claimed without evidence, had been inflamed by the Trump campaign.

Soros put at least $12,460,121 into the Black Lives Matter movement and the shadowy radical Leftist network that funds it for one purpose and one purpose only – to destroy the “white” American core of capitalism, free markets, limited government and American traditional culture and values.

Soros has restructured his vast financial holdings and foundation so they will remain in the hands of the radical Left and continue to fund his plans to fundamentally transform America long after the now-87-year old Soros is dead. Their goal is, through violence and intimidation, to hijack the American political process, thwart the will of the American people and advance the policies of Barack Obama and the radical Left to fundamentally transform America.

The Senate Judiciary Committee has launched a probe into a Russian nuclear bribery case, demanding several federal agencies disclose whether they knew the FBI had uncovered the corruption before the Obama administration in 2010 approved a controversial uranium deal with Moscow.
Sen. Chuck Grassley (R-Iowa), the committee chairman, on Wednesday raised the issue in public during questioning of Attorney General Jeff Sessions during an oversight hearing.

The senator cited a series of The Hill stories that showed the FBI had evidence that Russian nuclear officials were involved in a racketeering scheme as early as 2009, well before the uranium deal was approved.
"According to government documents and recent news reports, the Justice Department had an ongoing criminal investigation for bribery, extortion, money laundering, into officials for a Russian company making purchase of Uranium One," Grassley said. "That purchase was approved during previous administration and resulted in Russians owning 20 percent of America's uranium mining capacity.

"What are you doing to find out how Russian takeover of American uranium was allowed to occur despite criminal conduct by Russian company that the Obama administration approved to make the purchase?" he asked Sessions.

Senate Judiciary Committee has finally decided they’re going to take a look into a shady Russian deal that handed Putin 20% of America’s uranium reserves, was approved by the Obama administration during an ongoing FBI investigation into charges of bribery, extortion and money laundering by the Russian buyer and netted the Clintons millions of dollars in donations and ‘speaking fees.” Here’s more from The Hill:

The Senate Judiciary Committee has launched a full-scale probe into a Russian nuclear bribery case, demanding several federal agencies disclose whether they knew the FBI had uncovered the corruption before the Obama administration in 2010 approved a controversial uranium deal with Moscow.

Sen. Chuck Grassley (R-Iowa), the committee chairman, gets his first chance to raise the issue in public on Wednesday when he questions Attorney General Jeff Sessions during an oversight hearing.

As we pointed out last summer when Peter Schweizer first released his feature documentary Clinton Cash, the Uranium One deal, as approved by the Obama Administration, netted the Clintons and their Clinton Foundation nearly $150 million in donations and ‘speaking fees’ from Uranium One shareholders and other Russian entities.

In this brand new story over at the Daily Mail they report that La Palma island in the Canary Islands had recently seen 352 earthquakes in a period of 10 days with hundreds of mini-quakes recorded on the seabed. Reporting within their story that the quakes have been so small that most residents of the island, also a popular tourist attraction, haven't even felt them, they also report that the last time the island saw a volcanic eruption was all the way back in 1971.

And while the Canary Islands seem to be a world away to most Americans, so why should they care about what's going on more than 3,000 miles away, those paying attention know that in a worst-case scenario, a volcanic eruption of Cumbre Vieja could nearly instantly send a crippling wall of water towards the US East coast and across the entire Atlantic ocean, moving at estimates of up to 500 miles per hour, as the 'mountain of fire' crumbles into the sea.

Ensuring that a tsunami would arrive in such metropolitan coastal areas as New York, Boston, Philadelphia, Baltimore, Washington DC and south to Atlanta and Miami, it's long been warned that a catastrophic failure of the Western flank of the volcano could send millions of tons of earth into the surrounding ocean.

California earthquake drill to prepare 9.3 million people for Big One

Seismologists believe the US state is decades overdue a “Big One” tremor measuring magnitude 7 or greater on the Richter scale.
A massive fault line zone in the Bay Area of Southern California is thought to be most at risk with experts giving a 72% chance of a large tremor within the next 30 years.
Almost three decades ago, San Francisco’s Bay Area was devastated by a magnitude 6.9 earthquake that killed 67 and caused more than (£3.7billion) $5billion in damages.
Now a freak spate of deadly earthquakes that wreaked havoc in several regions throughout the Pacific has sparked fears California could be next.
In the past 30 days alone, California has been struck by 671 earthquakes, according to Earthquake Track. 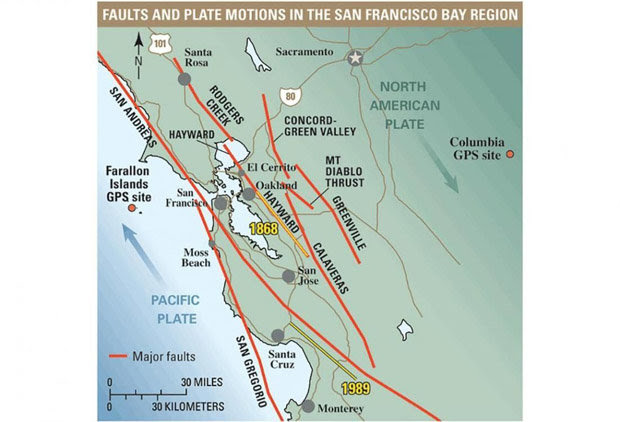 The most powerful quake, measuring 5.7 magnitude, struck Ferndale in southern California.
David Schwartz, geologist for US Geological Survey, said the most worrying fault line passes through the “most densely populated part of the Bay Area”.
More than 7.4 million people live near the Hayward Fault – one of many fault lines experts are concerned about.
“The Bay Area is positioned in the middle of the boundary zone of the North American plate and Pacific plate,” Schwartz said.
“The Bay Area has the highest density of faults per square mile in any urban centre.”

Everything about this case leads nowhere. Exactly as I suspect was intended from the outset.

And then there are the questions.
Why should any wealthy retiree decide to kill three-score strangers, just for the helluvit?
Where did Paddock's money actually come from? (You don't win millions at video poker. But it's a great way to launder millions playing video poker, while losing a token amount; call that a laundry service fee.)
Why would a guy with two planes, several houses, and no worries shoot hundreds of strangers?
Why not just crash a plane into them, and vastly increase the tally of dead, assuming you were going to do that at all?
Where did Paddock fly to and from, from the day he got his license to the day he died?Where did he regularly disappear to in the years before his death?
Why is one of his planes now owned by a VA LLC whose profile screams "CIA cover company"?
Why is there a number of discrepancies between federal records and registrations for his aircraft, and that of a private site that notably simply mirrors federal records?
Who has the power to scrub flight plans, and fiddle registration numbers?
What trips, and where, did Paddock take to and from anywhere since, say, 9/11/2001, when federal records-keeping should have notably become more comprehensive?
Where did Paddock - if he did it - sight in his weapons and practice with them? (I'm good, but no one just wakes up one day and opens fire on a crowd at optimum sniping ranges and hits center of mass, at night, with cold shots, from never-fired weapons, on bump-fire. No fucking way.)
Where did Paddock learn to shoot? Not from family, military, or any other discernible sources, yet everything about the act, including the paper calculations found on the paper near the body, bespeaks of training and education in the gentle art of killing people with a sniper's meticulous precision that he shows no evidence of ever having received, save by osmosis from gun oil.
I could go on, as I have only a hundred more, because so far, every fact revealed about this case produces five necessary new questions for every one it answers.

A security guard with no guard papers.
A killer with no motive.
A sniper with no training.
"Mental illness" pulled out of the hat with much hand-waving, but only to explain the final 72 minutes of a case that demonstrates anything but that. (If you go there, you're a retarded jackhole building castles in the sky with cotton candy. Quote me.)Dozens of weapons with no purpose.
A convenient alarm right by the suite, just before the attack. (Pull the other leg, it's got bells on it.)
An ear-witness, miraculously not killed by hundreds of rounds fired at him in a straight hallway at mere yards, who then disappears the minute scrutiny turns to him.All potentially corroborating video and electronic evidence of the Official Narrative hoovered up (you should forgive the unintentional pun) immediately afterwards by the FBI, and unreleased two weeks later, conspicuous by its total absence, and which would shut down further speculation in three seconds if the narrative were anything close to the truth.
A sheriff who can't get the most basic facts of the case assembled coherently, despite two weeks and multiple attempts. (And with the Bureau's vulture sitting on his shoulder and looking shark-eyes at him for every word of every press conference since Hour One.)A total official stonewall until all further information is squelched and pinched off.

This is all - everything we've been told to "just accept" - so much ---------. Fifty eight people were killed, and 197 shot, in service of nothing whatsoever but a --------narrative, which serves nothing, so far, except the agenda to overturn the Second Amendment, and restrict the liberty of millions of people who didn't do it.And, just saying, but isn't it miraculous how there were no mass shootings for pretty much the entire last administration - oh, except for some "workplace violence" at Ft. Hood - but totes coincidentally, both of the last two Republican admins get, respectively, 9/11, and now Vegas, both at the end of their first summer in office?After being hamstrung in both cases by overweening, overwhelming, well-orchestrated astroturf campaigns and frothingly insane attempts to completely de-legitimize their elections?I'm sure that doesn't mean anything, and it's all pure random chancey happenstance.
Move along. Nothing to see here.