At least 8 dead have been killed following a M5.7 earthquake in Turkey’s Van province on Sunday, February 23, 2020.

More than 30 others have been injured by the strong quake in Turkey as well as in neighboring Iran. Many more are believed to be still buried under collapsed buildings.

The M5.7 earthquake struck the Turkey-Iran border region at a very shallow depth of 5 kilometers (3 miles) and affected at least 43 villages in Turkey and in Iran. 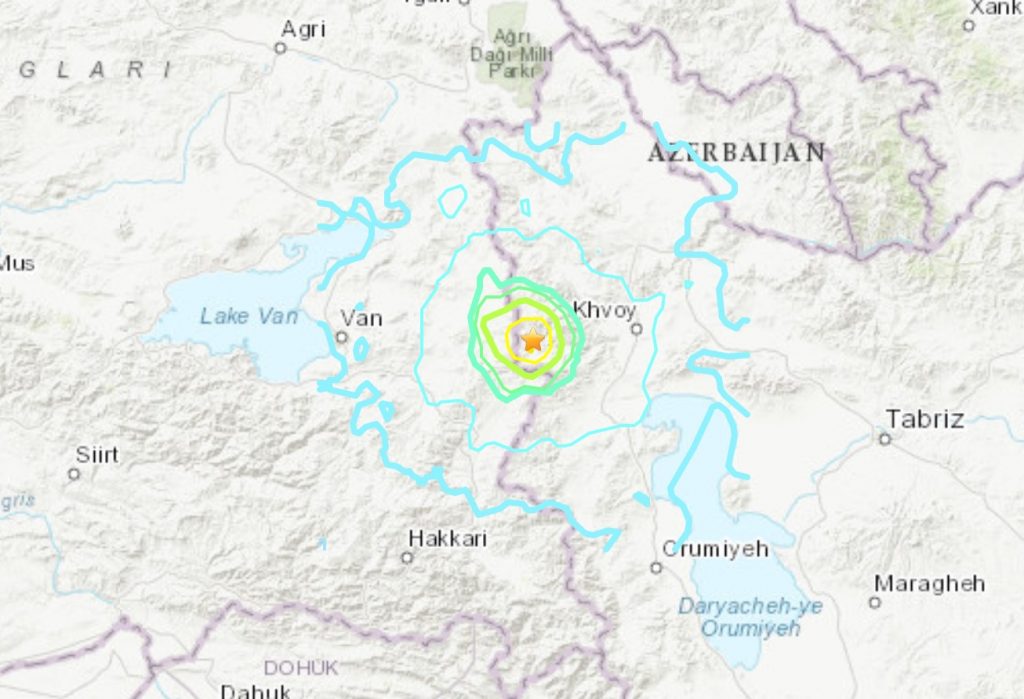 Some 1,066 buildings collapsed in the shallow tremor whose epicenter was 25km SE of Saray, Turkey, a rural and moutainous area well-known for strong earthquakes.

Although not a densely populated area, 8 dead (3 children and 5 adults), 30 injured and heavy infrastructure damages have already been reported in Turkey.
And officials suggest there will be more casualities and damages as many homes have collapsed during the early quake.
The earthquake was also widely felt in Iran. However, officials haven’t reported any deaths right now.
This could change as many injured have been brought to nearby hospitals and some villages have suffered 100% damage.
Emergency teams currently dig through rubble in nearby villages.
Although not located along the ring of fire, Iran and Turkey are among the most earthquake-prone countries in the world.

Earthquake kills at least 9 in Turkey, injures many in Iran - BBC News

At least nine people including three children are dead in eastern Turkey after an earthquake with its epicentre in neighbouring Iran.
At least 37 people were injured after houses collapsed, Turkey's interior minister said.
The magnitude-5.7 quake centred on the Iranian border village of Habash-e Olya.
At least 75 were injured and houses damaged in 43 villages in Iran's West Azerbaijan province.
The quake struck at 09:23 (05:53 GMT) in Iran and had a 6km (3.7 miles) depth.

Turkish media showed video of rescuers digging and families waiting outside in snowy conditions in Baskale, Van province.
"There were children under the debris. We thought we heard their voices.
"Then something happened. We didn't understand what happened exactly and we pulled out three bodies," a villager told Reuters news agency.
Governor of Van Mehmet Emin Bilmez said no more people were trapped under rubble.
Last month two avalanches in Van province killed at least 39 people including rescue workers, while in the provinces of Elazig and Malatya at least 31 people died and more than 1,600 injured in a powerful quake.
Around 1,066 buildings collapsed in Sunday's quake, Turkish Interior Minister Suleyman Soylu said.

Everything is intensifying,so the END IS NEAR!
Keep looking up!