After 150 whales in Australia now 50 dolphins dead in Argentina - Something unprecedented is killing our marine mammals!

Two shocking mass die-offs have made the headlines within the last 5 days. On March 22, 2018, 143 whales died after a mass-stranding at Hamelin Bay, 10km north of Augusta, Australia. Now, just 2 days after, 61 short-beaked dolphins were found washed ashore on a beach resort in Argentina. 49 died and 12 were saved. This mass die-off is unprecedented, as it represents the first case of marine mammals being stranded in this region of Argentina. 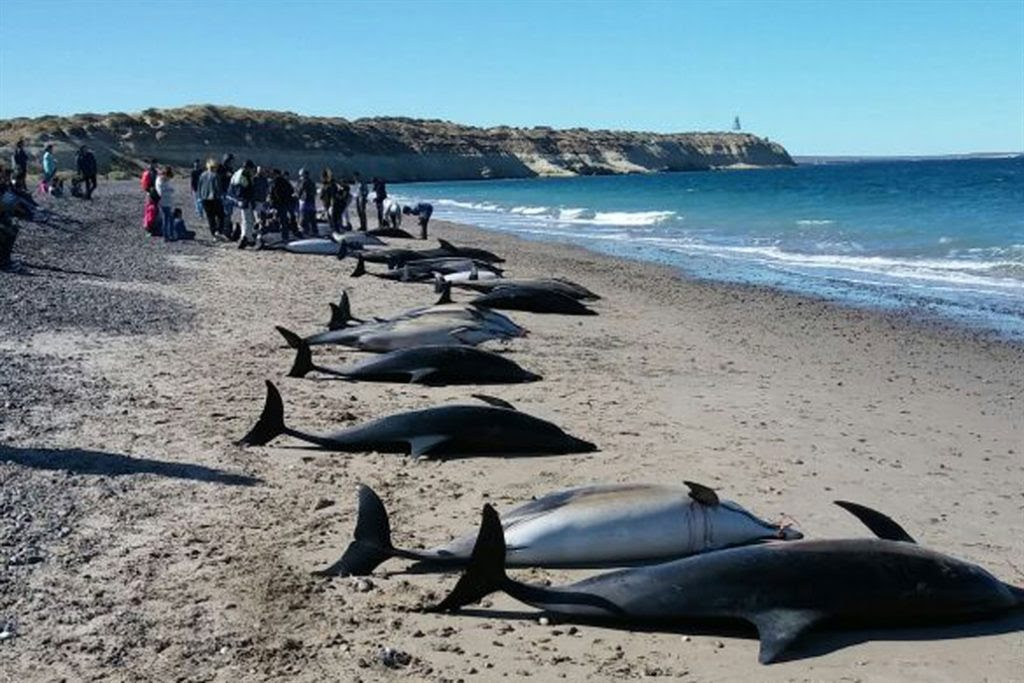 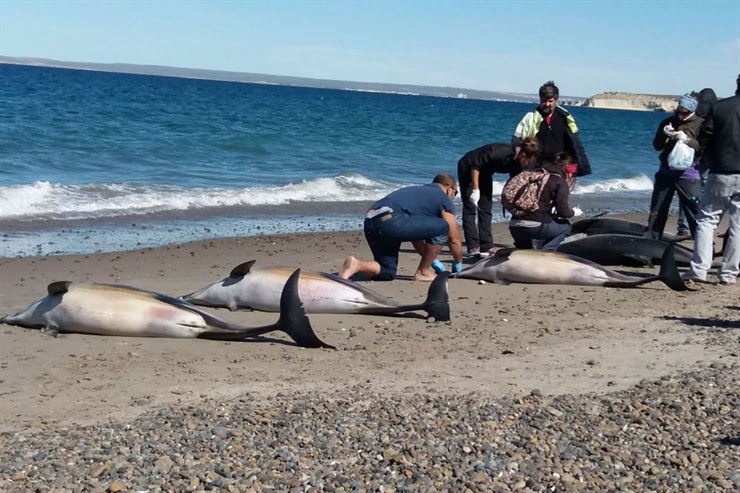 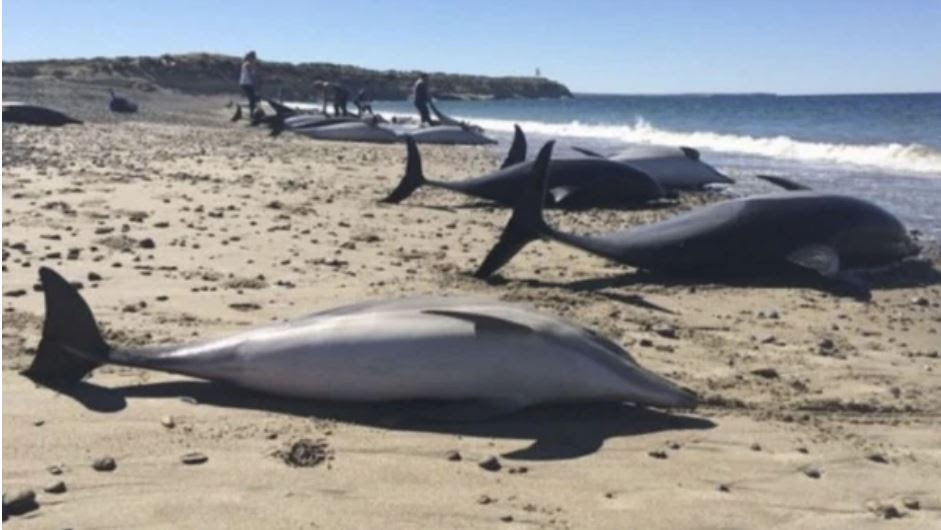 Authorities in northern Argentina are trying to solve a mystery after dozens of dead dolphins reportedly washed ashore on a resort beach.

Of the many short-beaked dolphins stranded on the beach in Puerto Medryn, 49 died, while 12 were able to return to sea.
A couple who noticed a high amount of birds on the beach discovered the dolphins and alerted officials. Argentina’s Secretary of Protected Areas says a large killer whale presence in the area may have driven the dolphins closer to shore. What about military exercises? Pollution / radiation? Underwater noises? Epidemic?

A third of the creatures who dwell beneath oceans were smitten.

We who have neglected to obey the Voice of Salvation shall bear witness to the descruction of the earth which can no longer sustain us.

Hosea 4:3
“Therefore shall the land mourn, and every one that dwelleth therein shall languish, with the beasts of the field, and with the fowls of heaven; yea, the fishes of the sea also shall be taken away.”

The Church is not going through the Tribulation Ivan, as you have continually tried to promote...smh

It may not be the tribulation yet, but that should not prevent The Lord from sending us life changing warnings of what is to come if we don't begin to pay close attention to what He wants from us.