Thousands flee Agung as Bali volcano erupts sending plumes of ash and gas 4,000 meters above the summit video and pictures

The activity of the Agung has clearly changed during the night. After the Bali volcano clouded the air with smoke 1,500m above its summit yesterday, this early morning magmatic eruption sent a large ash plume at a height of more than 4,000 meters above the volcanic peak. The ash cloud is heading towards ENE and Lombok Island, where small ashfalls have already been reported. Thousands of people living nearby had already been forced to flee over fears it would erupt when smoke filled the air on Tuesday. People living within 7.5km (4.5 miles) of the mountain have been told to evacuated. Bali’s airport is operating normally, but some airlines have cancelled their flights. The volcano last erupted in 1963, killing 1,600 people.

Mass evacuations also took place in September when Mount Agung showed signs of erupting, forcing more than 120,000 from their homes. 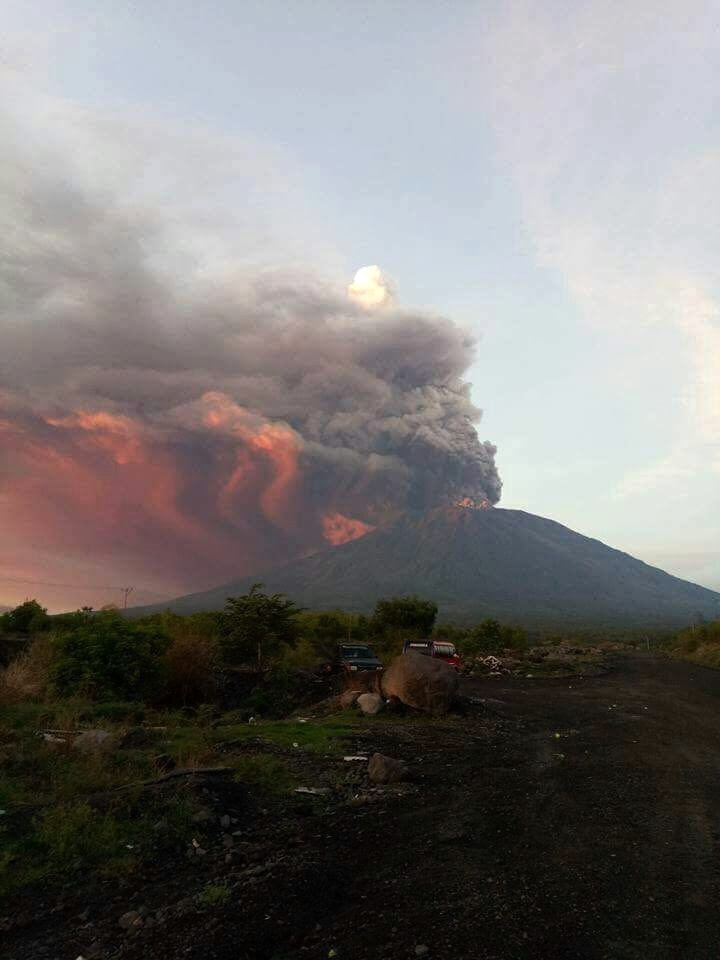 Many had since returned after the volcano appeared to be calming, but fresh fears of eruption have caused more chaos for residents.

After the last eruption, around 25,000 people have been evacuated to more than 200 temporary shelters.

Gome-2 satellite detected the sulfur dioxide emitted by the eruption; this morning at 9:30 local, the flow of SO2 was estimated at 1,000-2,000 tons, a value qualified with certainty of magmatic. The BNPB also claims that the eruptions have a magmatic character since last night. 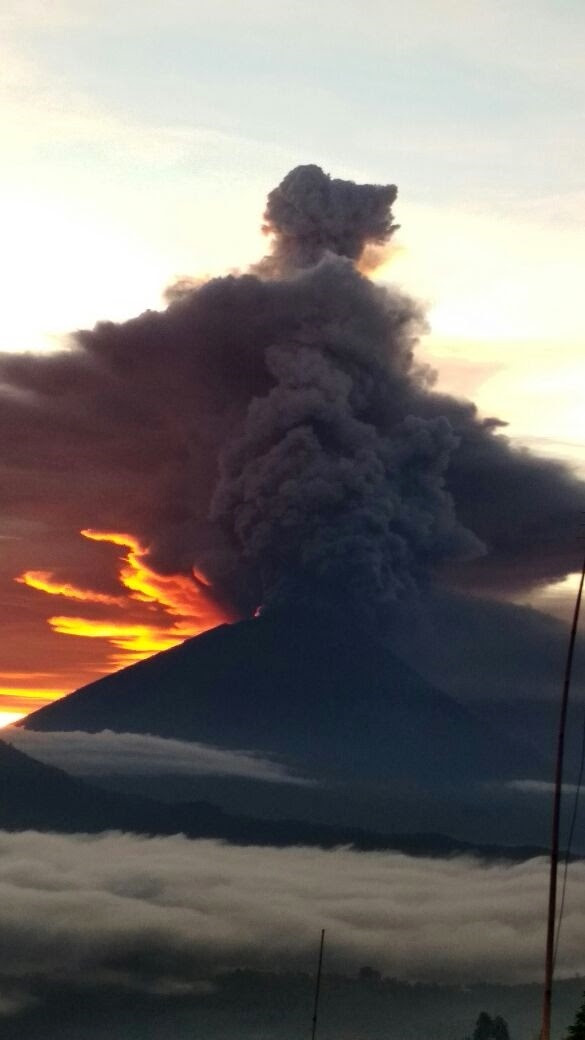 More than six years after a tsunami overwhelmed the Fukushima No. 1 nuclear power plant, Japan has yet to reach consensus on what to do with a million tons of radioactive water, stored on site in around 900 large and densely packed tanks that could spill should another major earthquake or tsunami strike. Experts advising the government have urged a gradual release to the Pacific Ocean, while local fishermen and residents are balking. And what about the world? Fukushima’s radioactivity has already spread across the world and releasing more tons of contaminated waters will surely not help to stop the global nuclear cataclysm currently sweeping across our seas.

Experts advising the government have urged a gradual release to the Pacific Ocean. Treatment has removed all the radioactive elements except tritium, which they say is safe in small amounts. Conversely, if the tanks break, their contents could slosh out in an uncontrolled way.
Local fishermen are balking. The water, no matter how clean, has a dirty image for consumers, they say. Despite repeated tests showing most types of fish caught off Fukushima are safe to eat, diners remain hesitant. The fishermen fear any release would sound the death knell for their nascent and still fragile recovery.
“People would shun Fukushima fish again as soon as the water is released,” said Fumio Haga, a drag-net fisherman from Iwaki, a city about 50 kilometers (30 miles) down the coast from the nuclear plant.

Fall is high season for saury and flounder, among Fukushima’s signature fish. It was once a busy time of year when coastal fishermen were out every morning.
Then came March 11, 2011. A magnitude 9 offshore earthquake triggered a tsunami that killed more than 18,000 people along the coast. The quake and massive flooding knocked out power for the cooling systems at the Fukushima nuclear plant. Three of the six reactors had partial meltdowns. Radiation spewed into the air, and highly contaminated water ran into the Pacific.
Today, only about half of the region’s 1,000 fishermen go out, and just twice a week because of reduced demand. They participate in a fish testing program.
Lab technicians mince fish samples at Onahama port in Iwaki, pack them in a cup for inspection and record details such as who caught the fish and where. Packaged fish sold at supermarkets carry official “safe” stickers.
The amount of radioactive water at Fukushima is still growing, by 150 tons a day.

The reactors are damaged beyond repair, but cooling water must be constantly pumped in to keep them from overheating. That water picks up radioactivity before leaking out of the damaged containment chambers and collecting in the basements.

There, the volume of contaminated water grows, because it mixes with groundwater that has seeped in through cracks in the reactor buildings. After treatment, 210 tons is reused as cooling water, and the remaining 150 tons is sent to tank storage. During heavy rains, the groundwater inflow increases significantly, adding to the volume.

Scott, in your opinion, is it safe to eat any ocean fish these days?
Also, while I rarely comment, I do greatly appreciate all of your hard work here and pray for you regularly.

Thanks so much for the encouragement - I really do appreciate it a great deal:). That's a great question. Like most things, the toxicity would presumably be a cumulative effect. I don't eat that much fish - so when I do I don't worry that much. And its also regional. I sure wouldn't want anything from the pacific now that's for sure. There may be some folks with more knowledge than me on this topic who can weigh in. I wonder if fish from the Atlantic is safer.