Mount Merapi volcano on Indonesia’s Java island spewed ash more than 1 kilometre into the air on Monday. The eruption lasted for six minutes but there was no order for local residents to evacuate as no lava was ejected. The alert level for the volcano remained normal. A day before, Mount Sinabung volcano spewed ash into the air and lightning from its crater in Karo, Indonesia. 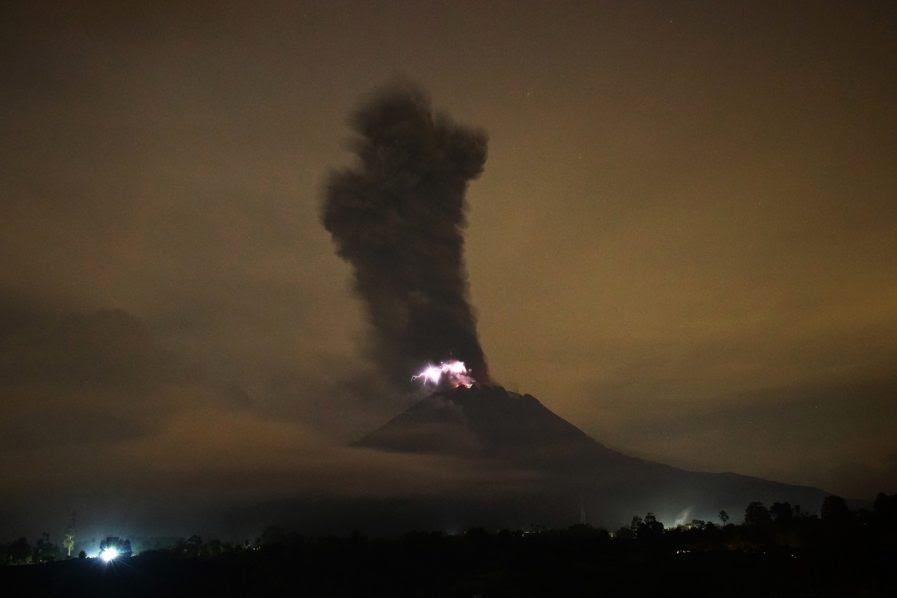 This picture of the Sinabung volcano erupting was captured by ANTO SEMBIRING (AFP PHOTO) on May 20, 2018 in Indonesia. via The Guardian

Sinabung roared back to life in 2010 for the first time in 400 years, after another period of inactivity it erupted once more in 2013 and has remained highly active since.

Indonesia sits on the Pacific Ring of Fire, an area around the edges of the Pacific Ocean, susceptible to earthquakes and volcanic eruptions.

Washington’s hidden Glacier Peak volcano is among the most dangerous. The volcanic peak is ranked by volcanologists among the country’s highest-threat volcanoes and has unleased eruptions five times bigger than Mount St. Helens’ stupendous blast 38 years ago this month. But the volcano in Snohomish County remains the least-monitored and the least-studied in the Cascade range. 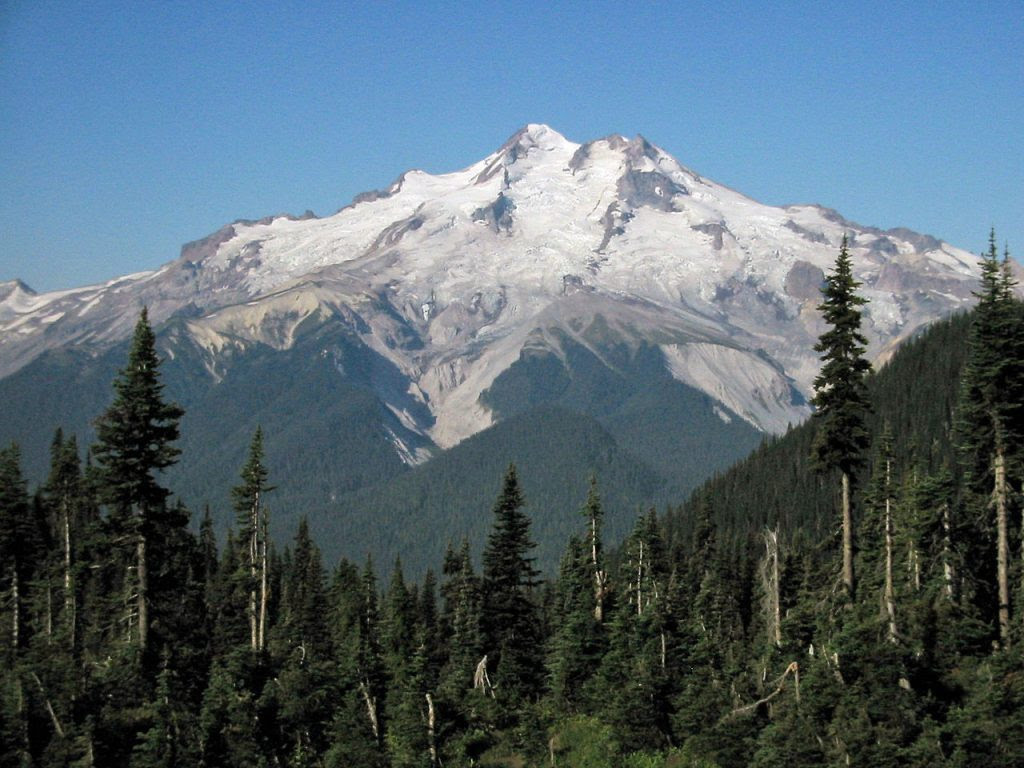 As Kilauea continues its rampage on Hawaii’s Big Island, the 38th anniversary this month of Mount St. Helens’ cataclysmic eruption is an uneasy reminder that the snow-capped volcanoes of the Pacific Northwest can awaken at any time. Yet one of Washington’s most dangerous volcanoes remains the least-monitored and the least-studied in the Cascade range.
Tucked deep inside its namesake 566,000-acre wilderness a scant 70 miles northeast of Seattle, Glacier Peak is the state’s hidden volcano. At a modest 10,541 feet, its summit doesn’t tower over the landscape like Rainier, Baker or Adams. Settlers didn’t even realize it was a volcano until the 1850s, when Native Americans told the naturalist and ethnologist George Gibbs about a small mountain north of Rainier that once smoked.


Geologists have since discovered that Glacier Peak is one of the state’s most active and explosive volcanoes, said Seth Moran, scientist-in-charge at the U.S. Geological Survey’s Cascades Volcano Observatory. Its most recent eruption, about 300 years ago, was a small one.
But since the end of the last ice age, the volcano has erupted repeatedly in at least six episodes — including two outbursts five times bigger than the blast that blew Mount St. Helens apart on May 18, 1980.
An eruption of that scale today would bury nearby communities like Darrington and Rockport under slurries of mud and debris called lahars. Roiling columns of ash more than 100,000 feet high would disrupt air traffic across the region, while sediment-laden floods could reach the Puget Sound lowlands and possibly even threaten Interstate 5.


The USGS ranks Glacier Peak among the country’s highest-threat volcanoes. But the only monitoring is done by a single seismometer southwest of the summit — far less instrumentation than on any other Cascade volcano. The agency also has yet to complete a geologic map of the area, Moran said.