Before And After Aerial Images Show The Destruction Of Kilauea's Eruption

Shocking before and after aerial images show the destruction Kilauea's eruption

Shocking before and after aerial images show the destruction Kilauea's eruption has inflicted on Hawaii neighborhoods as the National Guard continues to monitor the dangerous lava flow.
Members of the National Guard released stunning aerial footage of the Kilauea volcano Tuesday morning as the lava flow neared the Puna Geothermal Venture power plant.
Production wells at the plant were finally plugged on Wednesday to prevent toxic gases from seeping out.
Lava from a volcanic vent nearby entered, then stalled, on the 815-acre property where the power plant wells occupy about 40 acres.
Residents have been concerned about hazards if the lava flowed over the plant's facilities, or if heat generated would interact with various chemicals used on-site. 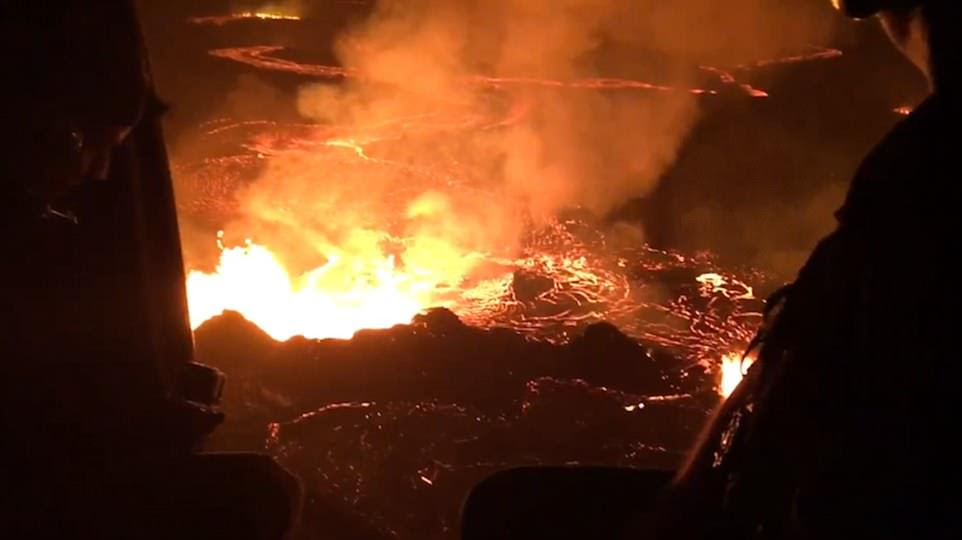 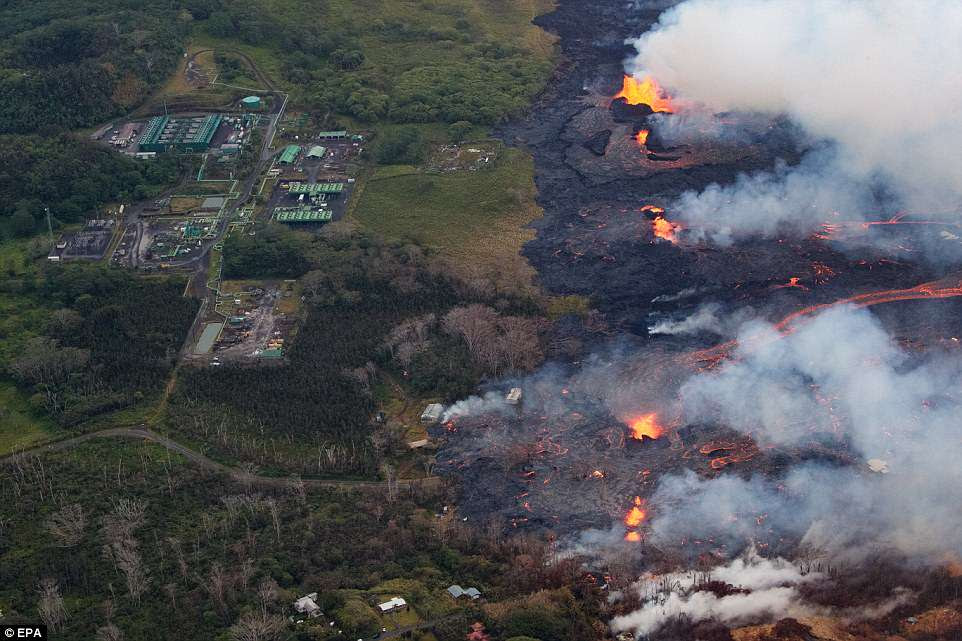 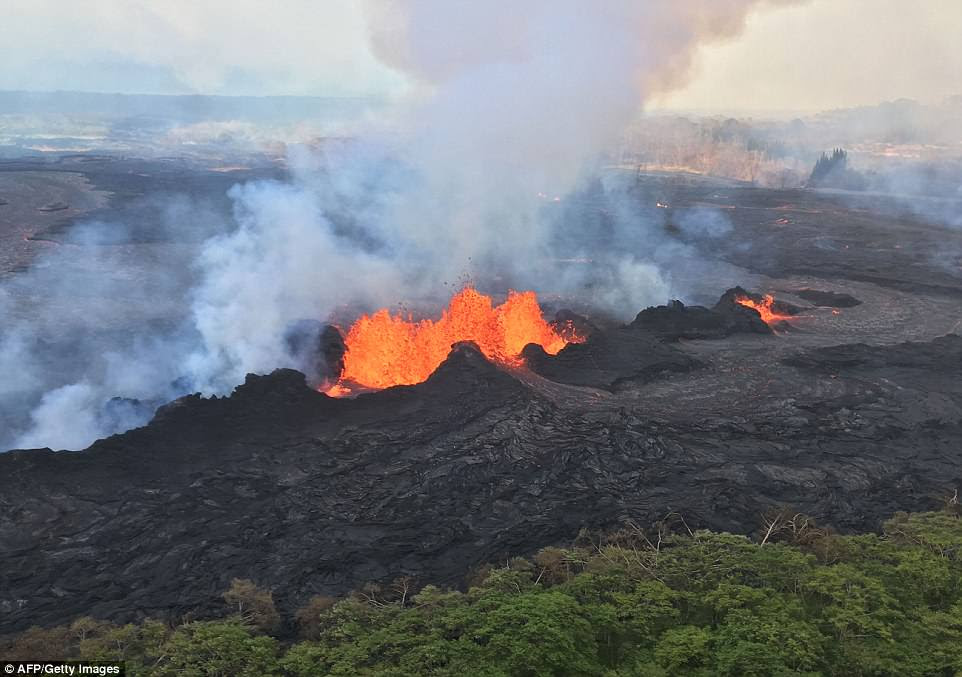 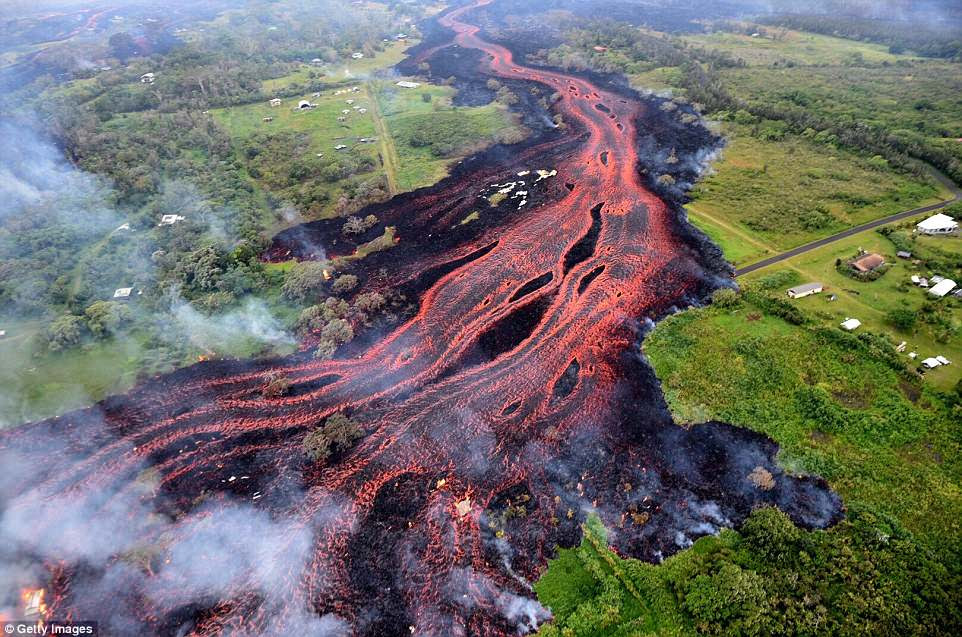 Scientists say lava from Kilauea is causing explosions as it enters the ocean, which can look like fireworks.
When lava hits the sea and cools, it breaks apart and sends fragments flying into the air, which could land on boats in the water, said US Geological Survey scientist Wendy Stovall.
Underscoring the eruption's dangers, a Hawaii man was hit by a flying piece of lava over the weekend said the molten rock nearly sheared his leg in half.
Darryl Clinton told the Honolulu television station KHON that he was on the roof of a home helping to put out fires from flying rocks when an explosion several hundred yards away launched a 'lava bomb' that him above the ankle.
Clinton said doctors saved his leg, but he must avoid putting weight on it for six weeks. Clinton was the first person to suffer a major injury because of the eruption.
And there appears to be no end in sight, as the USGS announced a new lava flow Wednesday morning.
'Note a new lava flow that was observed during this morning's overflight west of the active channels,' the agency wrote on Facebook.