Israeli Minister Hanegbi: 'The Bible - Not Google - Gives Israel Right To The Land

Israel’s moral claim to land comes from the Bible, not Google, Communications Minister Tzachi Hanegbi said in Washington on Tuesday at an event held in support of placing West Bank settlements within final borders of the Jewish state.“Defense is important and security is important, but the most important thing is the moral claim of Israel. We are committed to go forward with living in our ancient land, land that was given us not by Google and Wikipedia, but by the Bible,” he said.

The event Hanegbi spoke at was hosted by the Council of Jewish Communities of Judea and Samaria to mark the upcoming 50th anniversary of the Six Day War, titled “Celebrate 50 Years of Rejuvenation in Judea and Samaria.” It was purposely held near the American Israel Public Affairs Committee’s annual policy conference to attract those in attendance there.This was the first time the council held an event in Washington concurrent with the AIPAC conference to specifically target those attendees, as part of its growing focus on soliciting support abroad for the settlements, both in the United States and the European Union.Housing and Construction Minister Yoav Galant (Kulanu) said, “For us, Judea and Samaria is Israel,” adding that continued control of Area C of the West Bank was existentially necessary for Israel.“There is no way that Israel can exist” without the Jordan Valley and the mountaintops of Samaria, he said. “Of course, it is difficult to have a strong Jerusalem without [the settlements of] Givat Ze’ev, Ma’aleh Adumim and Gush Etzion and all these places.”Deputy Foreign Minister Tzipi Hotovely said there were three quick arguments for placing Area C of the West Bank within Israel’s borders, all of which centered around the word “just,” and then mentioned Israel’s victory in the Six Day War.“It was a just war. It is a just defense. But the most important one, it was based on a just claim.A just claim of the Jewish people on [the Biblical areas of] Beit El, Shechem, Jerusalem and Hebron,” she said.“Let me tell you something, if those places are not Jewish, who can tell me that [the modern cities of] Herzliya, Rehovot, Rishon Lezion and Tel Aviv are Jewish,” Hotovely said. “I always say that the occupation is a myth, because we never occupied other people’s land. This is Jewish land [Judea and Samaria]. This should forever be a Jewish land under Israeli law.”Area C of the West Bank is outside the boundaries of sovereign Israel, but is under IDF military and civilian rule. The Palestinians believe it will part of their future state.The event came as the Trump Administration is in the midst of attempting to break the three-year deadlock on the peace process between Israelis and Palestinians. 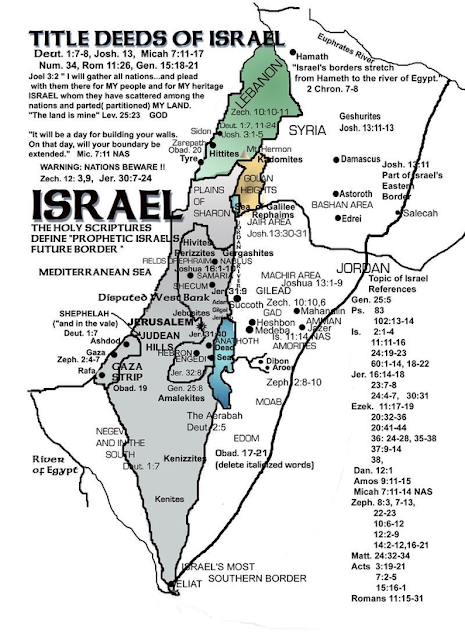