As tensions in the Persian Gulf continue to rise, commanders of the Lebanese terrorist group say it is “ready to initiate hostilities, if and when Tehran deems that necessary.” 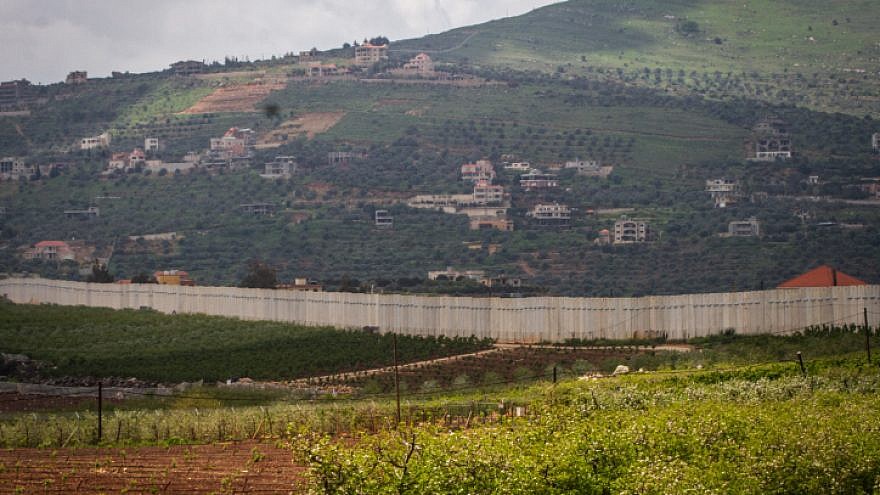 View of the border fence between Israel and Lebanon as seen from the northern Israeli town of Metula, April 20, 2019. Photo by Flash90.

Hezbollah is reportedly deploying its forces on the Lebanon-Israel border, The Daily Beast reported over the weekend, linking the move by the Iranian-backed Shi’ite terrorist group to the rising tensions in the Persian Gulf.
According to the report, while the majority of the deployment has taken place on the Lebanon-Israel border, Hezbollah has also bolstered its forces in the Syrian Golan Heights.
A Hezbollah commander The Daily Beast identified only as “Samir” said the group was feeling the bite of the sanctions the United States has imposed on Iran, which he said have cut into Hezbollah’s budget. The salaries of Hezbollah fighters have been cut in half, according to the report.
Hezbollah is “ready to initiate hostilities—if and when Tehran deems that necessary,” said Samir. “The sanctions now have us preparing for dealing with the Israeli front. … We will fire the first shot this time,” he said.
He further boasted that Hezbollah has new drone capabilities and new anti-aircraft and anti-naval weapons acquired in Syria, alongside a more seasoned fighting force. He emphasized the importance of the Lebanese terrorist group’s positions in the Syrian Golan, which he said give it the ability to open a second front against Israel.
According to the report, Samir is in charge of 800 fighters on Lebanon’s border with Israel.
Israeli military intelligence pegs Hezbollah’s missile arsenal at 150,000, and estimates that all of Israel is within their range.
“Our wish before the war in Syria was to go and open a front in the Golan but [the Syrian government] set a red line,” said Samir, referring to the limitations Syrian President Bashar Assad imposed on Hezbollah’s activities in Syria prior to the onset of the 2011 civil war.
“Now there are no red lines,” he said.
Blue and White leader Benny Gantz commented on the report, saying that Hezbollah leader Hassan Nasrallah “knows well that any threat to Israel will meet a forceful response. He has to understand that this time, he won’t be able to make it back to the bunker.”
Nasrallah has been in hiding since the 2006 Second Lebanon War and is believed to be living in a bunker from which he rarely emerges.
In a speech last Friday marking the 13th anniversary of the 2006 Second Lebanon War, Hezbollah leader Hassan Nasrallah boasted of the terrorist organization’s expanded military capabilities and threatened that another war would “bring Israel to the brink of extinction.”
Israeli Prime Minister Benjamin Netanyahu responded on Sunday by threatening to deal Lebanon and Hezbollah “a crushing military blow” if Hezbollah attacks.