Russian Troops, General/Chief Of Staff Arrive In Venezuela With Message To U.S.: Military Intervention Will Not Be Tolerated

Just days after a high-level meeting in Rome this week, during which Russia reiterated a grave warning to the US – Moscow will not tolerate American military intervention to topple the Venezuelan government with whom it is allied - it appears Russia is taking no chances with its South American ally.
After the Rome meeting, Ryabkov said bluntly:

“We assume that Washington treats our priorities seriously, our approach and warnings.”

One of those warnings delivered by Ryabkov is understood to have been that no American military intervention in Venezuela will be tolerated by Moscow.

For his part, Abrams sounded as if he had emerged from the meeting after having been given a severe reprimand.

“No, we did not come to a meeting of minds, but I think the talks were positive in the sense that both sides emerged with a better understanding of the other’s views,” he told reporters.

“A better understanding of the other’s views,” means that the American side was given a red line to back off.

And now, according to journalist Javier I. Mayorca, Colonel General Vasily Tonkoshkurov, chief of the Main Staff of the Ground Forces - First Deputy Commander-in-Chief of the Land Forces of Russia, arrived in Venezuela. 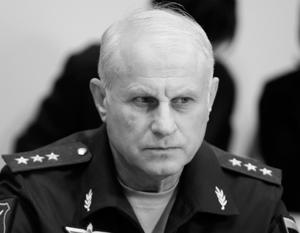 The Russian general arrived in the Bolivarian Republic accompanied by 99 servicemen. On board the An-124 delivered 35 tons of cargo.

"LAST MINUTE This afternoon a delegation of 99 Russian soldiers arrived at the Maiquetia airport, under the command of the defense minister of the largest country Vasilly Tonkoshkurov. They were received on the presidential ramp by the VA Marianny Mata, dir International Affairs and Integration (1/2)
(2/2) Immediately after (14h) a Russian freighter with 35 tons of materials, belonging to the contingent that had just disembarked, arrived at the same terminal. Staff of the Russian embassy and the GB Edgar Colina Reyes were also in the reception procession  " 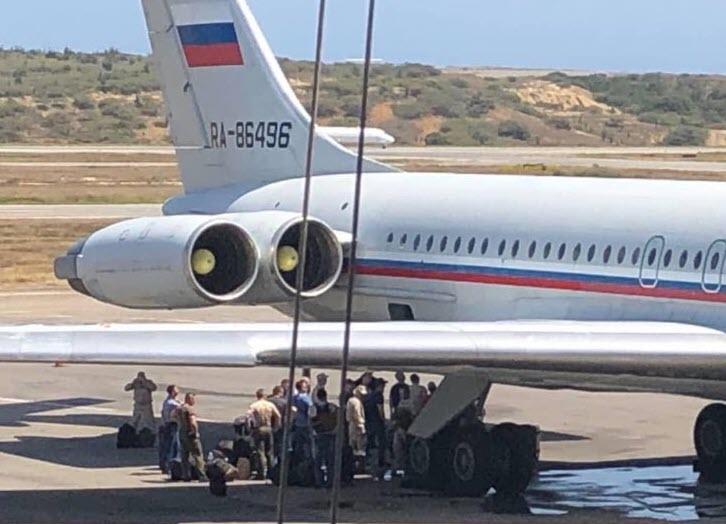 The Russian General was reportedly received by the Director General of the Office of Integration and International Affairs, Vide Admiral Marianny Mata Quijada, and by the Director of FAES (Venezuela's Special Forces Unit), Edgar Colina Reyes.

Photos of the 2 RuAF airplanes that landed in Caracas today. An IL-62 and an AN-124#Venezuela #Russiapic.twitter.com/BY5cFHmwzn
— CNW (@ConflictsW) March 23, 2019

It would seem that Russia has decided to send a reinforcing message of its 'red line' warnings from earlier in the week. 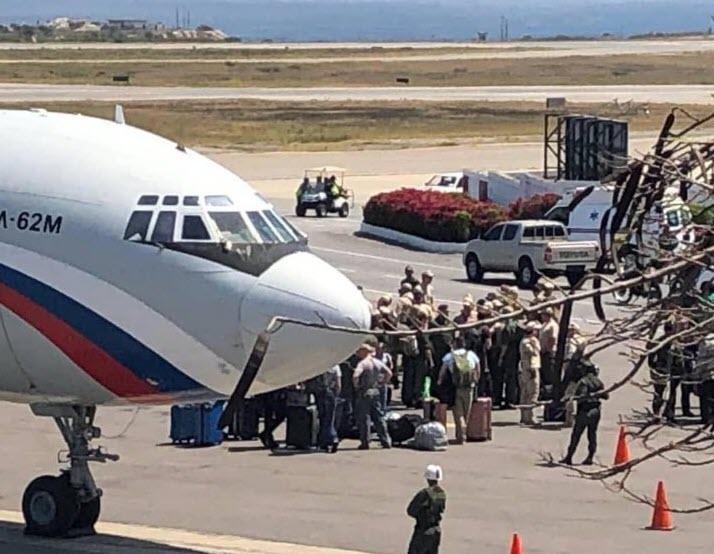