More Gog-Magog Preparations; Stage Is Being Set For Ezekiel 38-39 As Russian And Iranian Troops Closer To Border

Less than a week after Prime Minister Binyamin Netanyahu warned Vladimir Putin in Sochi that Israel had red lines against a permanent Iranian military presence in Syria - certainly near its borders, Moscow put the prime minister’s warning to the test.

Saturday and Sunday, (Aug.26-27) ,Russian forces installed Iranian Revolutionary Guards and Hizballah officers at a joint “administration center” they had set up in the town of Quneitra.

Surveillance spotters saw them moving around 2 km from the Golan border, the closest hostile Iranian and Hizballah troops have ever come to Israel’s border with Syria.

They were brought over from their base at Khan Arnaba, 6km east of the Golan.

Our sources report that he “administration center” is a military-civil body established by the Russians for managing the Quneitra de-escalation zone, one of four President Donald Trump and Putin agreed to establish in Syria, when they met in Hamburg on July 7.

Israel repeatedly and vehemently objected to this arrangement on its border, but Moscow and Washington turned a deaf ear. They assured Israel that it had nothing to fear, since Russian monitors would be in control there and no one else.

During July, Russian forces began landing on the Syrian Golan, then setting up their command center and running ten observation posts along the Syrian-Israeli border.
But all of a sudden on Saturday, everything changed.

Russian officers in civvies were seen driving Iranian and Hizballah officers, also in civilian garb, into the town of Quneitra and settling them in the building that houses the “administration center.”  To mask this incursion as a purely civil event, the Russians also brought the former Surian governors of Quneitra and of the Jordanian border town of Daraa along for the ride.
For at least four years, various local Syrian rebels have been supported by Israel with medical and logistical aid.

However, immediately on arrival, the Russian, Iranian and Hizballah officers contacted those militia chiefs through Skype, and gave them three options:

1. Play along with their Quneitra “administrative center” and do as they are told, in return for which they would be guaranteed Russian and Syrian army protection as well as regular supplies of food, water and medical care.
They would naturally be obliged to cut their ties with Israel.

2.  Voluntarily disband and turn in their weapons to the Syrian army.

3. If they rejected 1. and 2., they would be free to move to another Syrian location of their choice with safe conduct guarantees for them and their families.

Our sources stress that no matter which of the three options the Golan rebel chiefs choose, Israel has lost  its security buffer on its Golan border with Syria and received Iranian and Hizballah forces in its place, under Russian auspices.


Pope Francis’ top aide says a pro-Islamic State group video that targets the pope is worrying but notes Vatican security is already at a high level.

Secretary of State Cardinal Pietro Parolin, the Holy See’s No. 2 official, told reporters Saturday that a day earlier he had seen the video, which indicates the pope is a target. Recently, another video, transmitted on the pro-IS Telegram channel, suggested that Italy is the next target of an extremist attack.
Parolin said: “Obviously, one cannot help but worry, above all for the senseless hatred that it is.” But he said the Vatican hasn’t added more measures to its already high security.
The Vatican, headquarters of the Catholic church, and Italy have been indicated previously as possible targets of Islamist extremism.

With tensions between North Korea and the U.S., South Korea, and its allies at an all time high, and as the U.S. and South Korea execute combat drills, Pyongyang ordered its own military show of force. North Korea's recent exercises included a massive artillery barrage and an amphibious assault near the maritime border between the two long time foes. Images released by state media shows North Korea's modernized commando unitsgoing through their paces, but one picture was of especially unique interest.

The photo in question shows a gaggle of An-2 biplanes dropping North Korean commandos at low altitude. At first glance it just looks like another canned and somewhat laughable military display by the North Koreas, but it's actually relevant practice for what North Korea has planned for the opening hours of an all-out conflict on the peninsula. 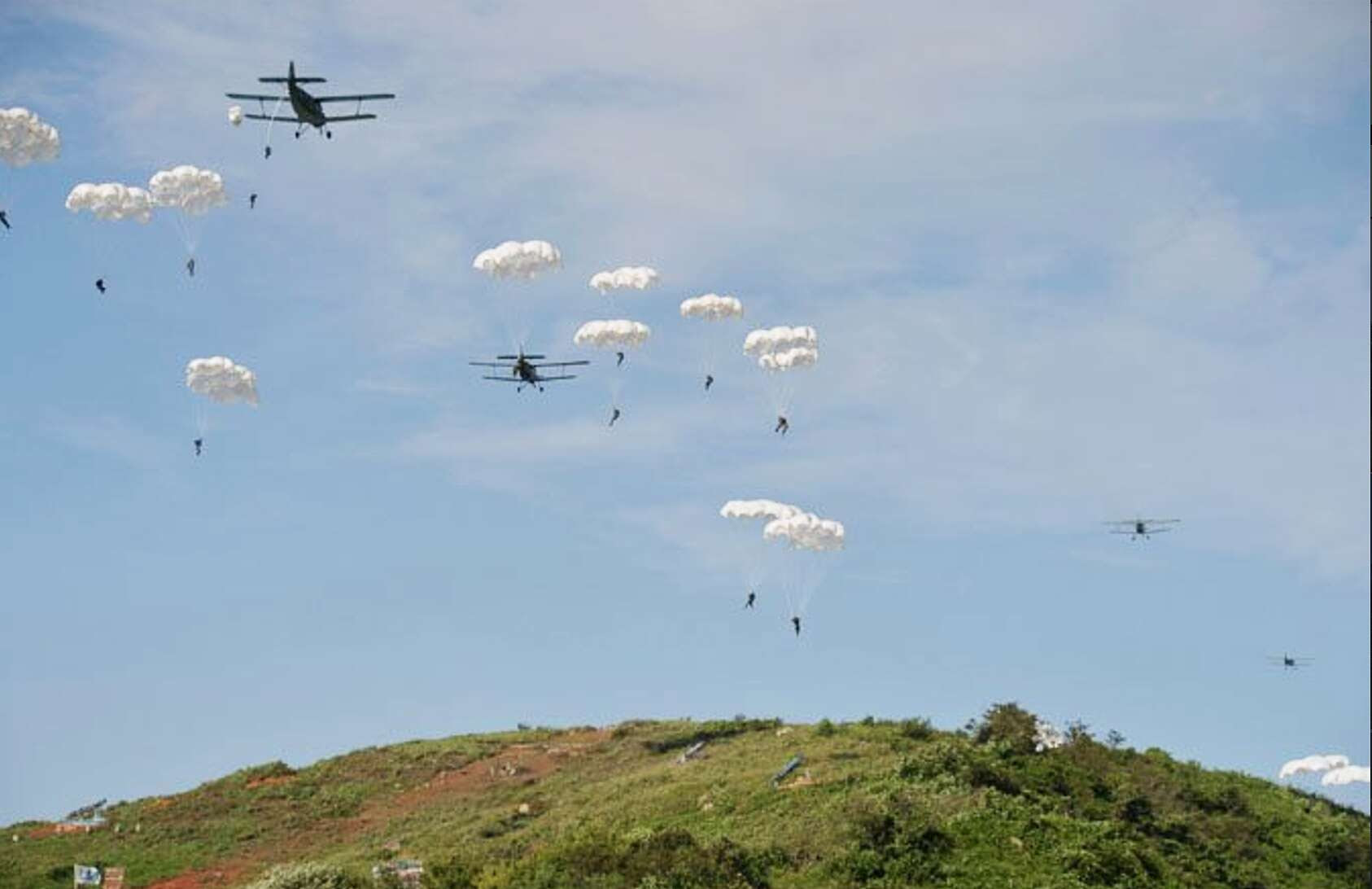 During the dark of night, as part of the opening throws of a battle royale between South Korea, the U.S. and North Korea, hundreds of these old radial engine biplanes will fly low over the ground at slow speed, penetrating deep into South Korean airspace. For the vast majority of their crews it will be a one-way mission—to deliver Kim Jong Un's hardest shock troops deep behind enemy lines. This is done via low altitude air drop, as seen above, or by landing in short stretches of fields or roadways.

The missions of these North Korean suicide assault teams are many fold, but generally they pertain to creating total havoc deep inside South Korean territory. This includes attacking key infrastructure and military installations, and generally sowing massive terror among the already frightened South Korean populace. This deep insertion tactic alone is one of the main reasons why installations like air bases in South Korea must be prepared for instant war, even on the foot soldier level.

Their slow speed also plays nasty tricks on pulse doppler radars whose velocity gates (filters) often discount relatively slow moving objects, especially when they are moving at oblique angles from the radar emitter. Even Washington DC, arguably the most surveilled and highly secured airspace in the United States, along with its elaborate integrated air defense system, couldn't spot a slow moving target with a small radar cross section even as it flew down the National Mall and landed on the Capitol's lawn.

Finally, the old adage that quantity has a quality all its own rings true with the An-2 and North Korea's war plans. North Korea has the ability to fill the sky with roughly 300 of these aircraft. During a time of war, there wouldn't be enough fighter aircraft or surface to air missile batteries to shoot them down even if they could be detected and successfully engaged.

What fighting between US and Chinese aircraft carriers would look like

The Attack Of Rotten, Vicious Children In Grownup Bodies