Paris remains on high alert as river continues to rise

More than 200 French towns are battling to keep out floodwaters as the River Seine reaches its peak after weeks of heavy rains.
Paris regional authorities say the floods have already caused damage in 240 towns as Paris itself suffers from the deluge, which has forced about 1,500 people to leave their homes and closed the ground floor of the Louvre.
In Villennes-sur-Seine, west of Paris, the ground floors of some buildings have disappeared underwater and residents are using boats instead of cars.
In Paris, cruise boat companies are suffering losses because all river traffic has been banned for days.
Police have also fined people taking to canoes on the Seine in central Paris, and sternly ordered others in a tweet against such actions, calling them 'totally irresponsible'.

In total around 1,000 people have been evacuated from their homes in the greater Paris region, according to police, while around 1,500 homes were without electricity. Pictured right: Parisians fishing in the swollen Seine. Left: The Eiffel tower and replica of the Statue of Liberty shown near the swollen Seine in Paris

Paris regional authorities say the floods have already caused damage in 240 towns. In Villennes-sur-Seine west of Paris, the ground floor of some buildings has disappeared underwater and residents are using boats instead of cars.

The French capital remains on high alert as the Seine continues to swell and the Louvre prepares to close its doors amid the third-wettest French winter in over a century.
The river had risen 4.3in over a period of 24 hours by Saturday evening, more than 13ft above its normal height, causing problems for commuters as well as people living near its overflowing banks.
Tourists suffered too with the capital's famous Bateaux Mouches rivercraft out of service, and only emergency services authorised to navigate the Seine.
The Vigicrues flooding agency believe the river will continue to rise, peaking at 13.1ft on Sunday night or Monday, but not quite reaching the 2016 high of 20ft, when the Louvre museum was forced to close its doors for four days.
But the world's most visited museum was on high alert on Saturday, along with the Musee d'Orsay and Orangerie galleries, with the lower level of the Louvre's Islamic arts wing closed to visitors. 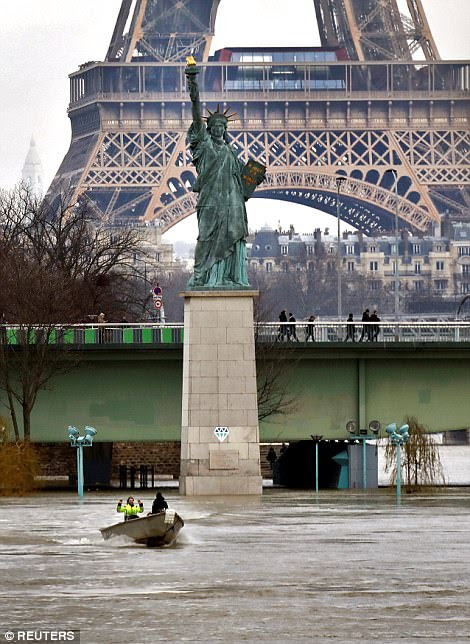 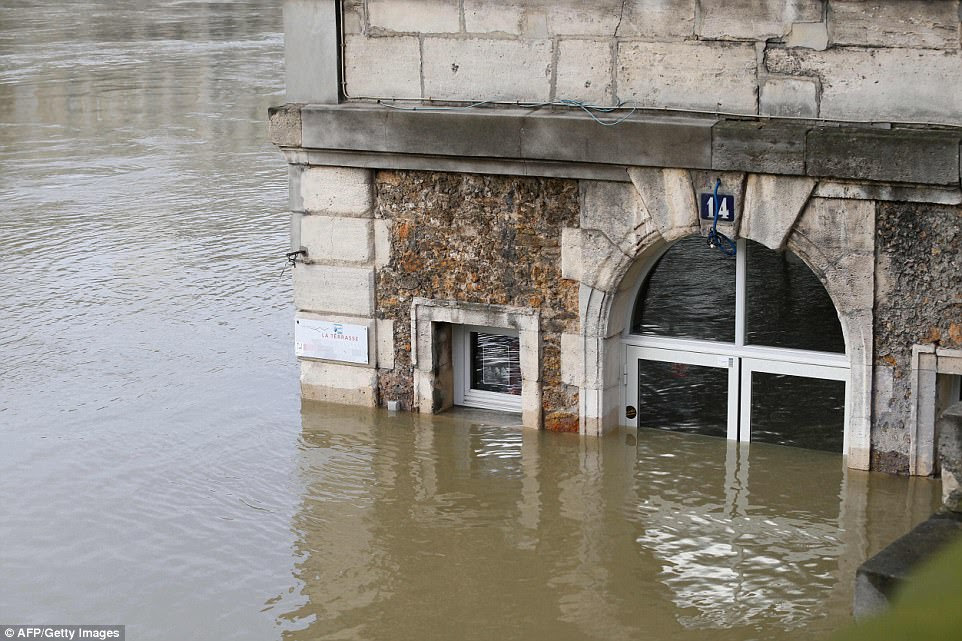 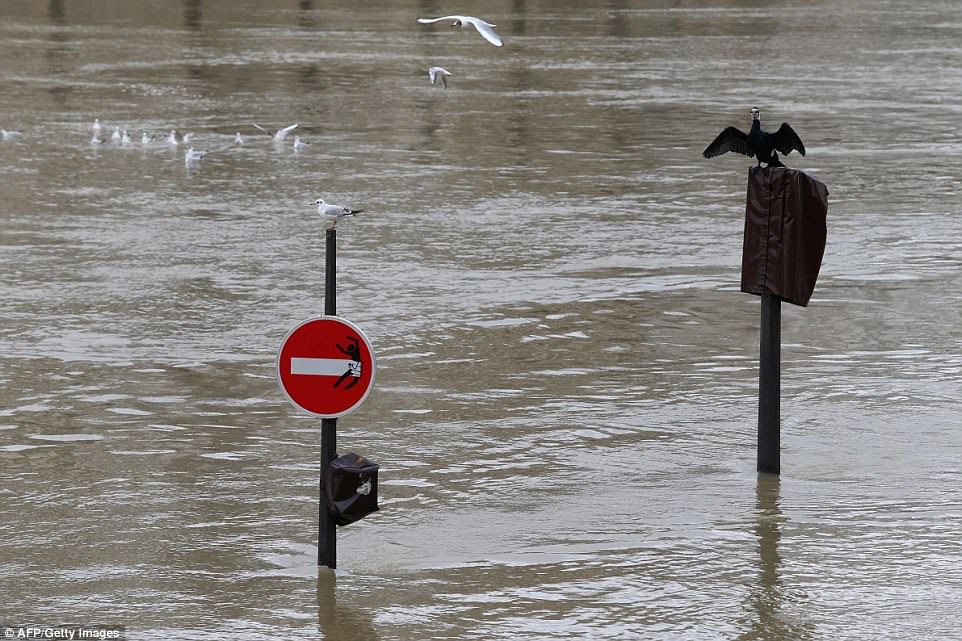 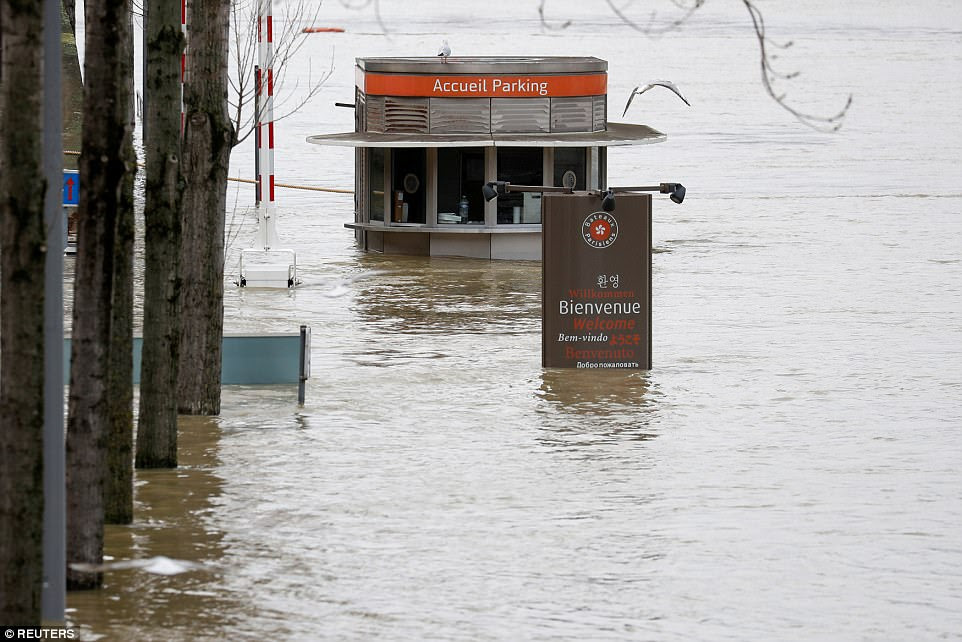 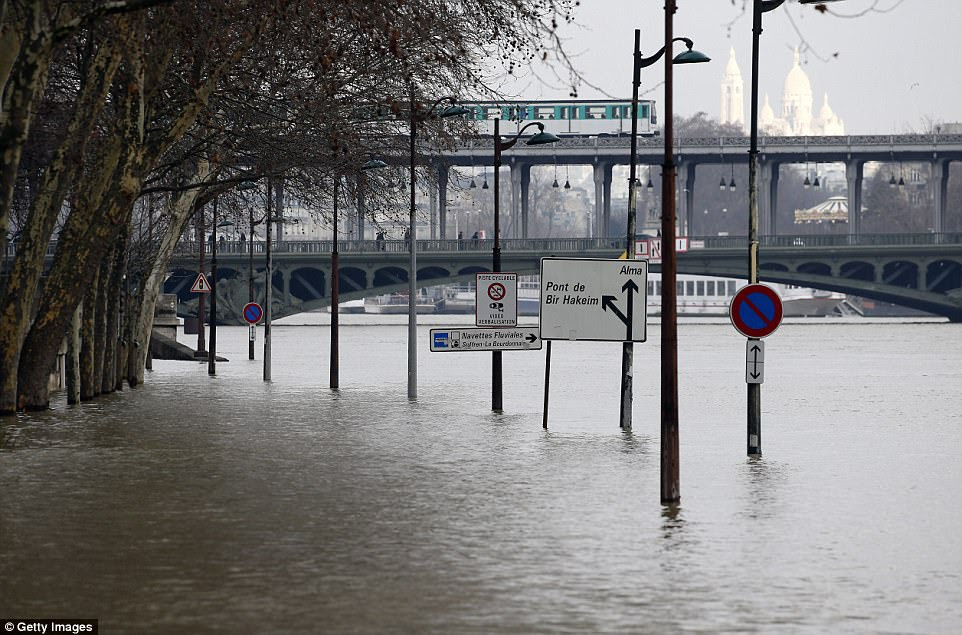 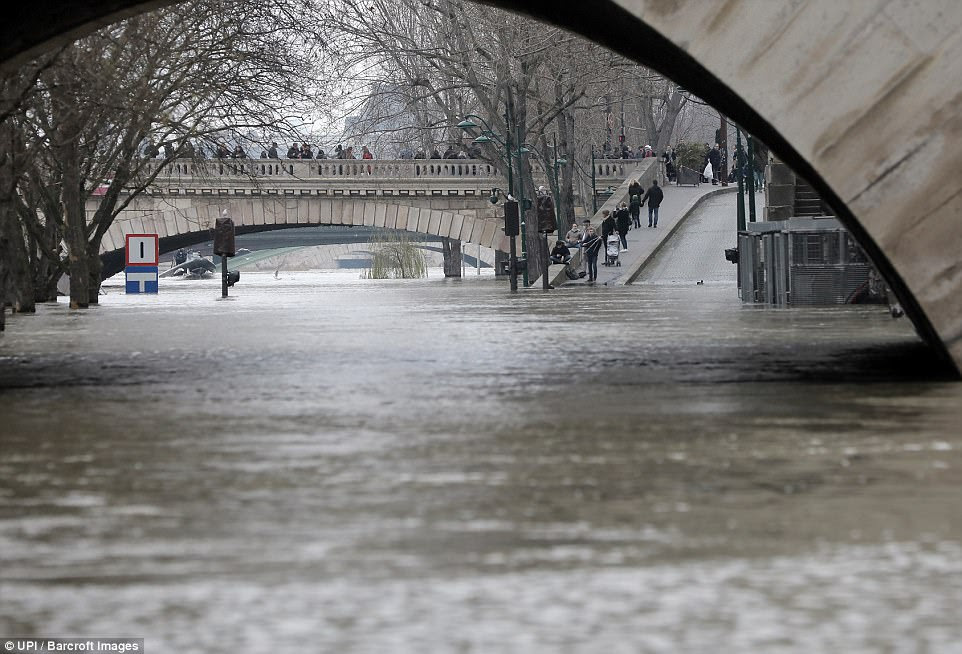